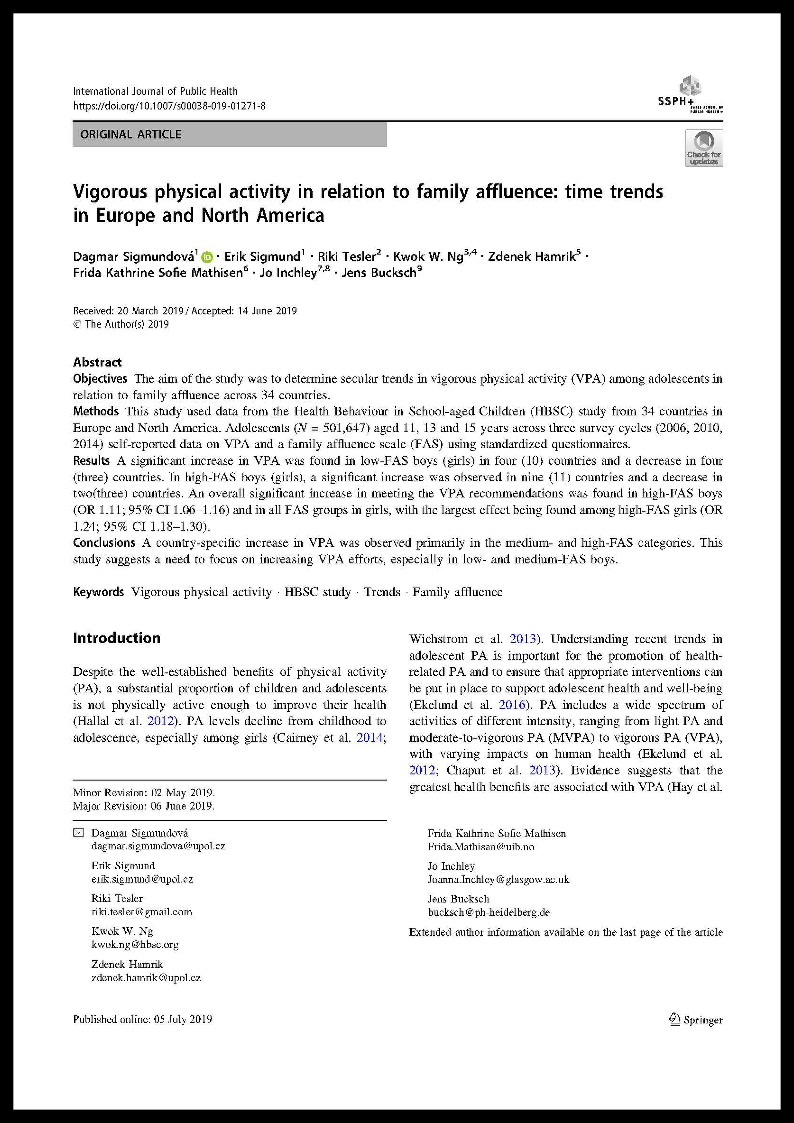 Research Impact: Kazakhstan is the largest landlocked country in the world and there are many developments in the country, including health. In this study, data from two national data sources for international studies – Health Behaviour in School-aged Children (HBSC) and the Childhood Obesity Surveillance Initiative (COSI) were combined to report the change in physical activity from childhood to early adolescence. Despite limitations in the methodology, this is the first report that gives the national results of physical activity and screen time behaviours of children in Kazakhstan. This study can be insightful for other global surveillance systems such as the Global Matrix compilation of National report cards. The COSI study included parents of children aged 8y and 9y, and the HBSC study included adolescents aged 11y, 13y, and 15y, self-reporting physical activity and screen time behaviours. Consistent with many other countries, there is a decline in physical activity as the children were older and there were differences between boys and girls. In summary, this knowledge confirms that the physical activity and screen time behaviours among Kazakhstan children as they get older are similar to reports from other countries.