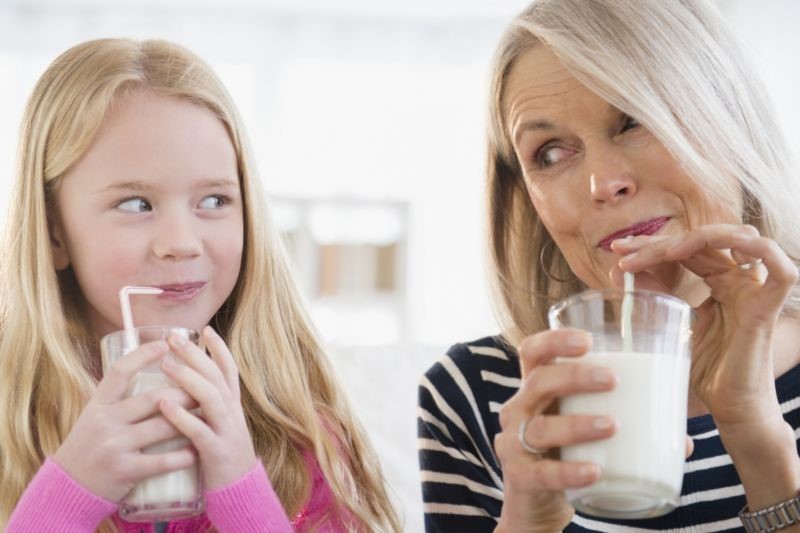 A bone health study currently underway in the Physical Education & Sports Sciences Department at UL, with the support of Dairygold and Enterprise Ireland, has seen Dr. Manjula Heitiarchichi and I recruiting for a 6 month trial, which aims to promote a positive effect on bone turnover in postmenopausal osteopenic women via an optimally timed nutrient intervention. The team, led by Dr Catherine Norton and Prof Phil Jakeman, is now nearing the end of our recruitment process, which began back in late April and has involved facilitating more than 150 DEXA scans for potential participants.

When our volunteers arrive to the DEXA lab for a bone scan, I often find myself describing the process of bone turnover, as illustrated nicely by Prof. Phil Jakeman in an earlier blog post here, as well as the aetiology of osteoporosis. The hereditary nature of the disease is commonly queried and this has led me to consider the role that inter-individual genetic differences may play in our study. Therefore, this blog post will focus on the molecular genetics of osteoporosis, as well as a promising future, which lies in personalised nutrition for osteoporosis prevention.

Osteoporosis, characterised as a t-score of -2.5 or less in older adults, is a complex multi-factorial disease influenced by both environmental (e.g. smoking, physical activity levels and diet) and genetic factors. Evidence of a genetic contribution to osteoporosis lies primarily in the differences in both bone mineral density (BMD) and fracture rates across various ethnic groups. Estimations of the magnitude of influence of genetic factors on BMD range from a conservative 50%, up to 80% of the variance observed. These figures stem from several twin and family studies. A key paper by Morrisson et al. 1994 in Australian twins, between 17-70 years old, identified a significant association between BMD and the vitamin D receptor (VDR) gene. This study looked at genetic differences in both monozygotic (genetically identical) and dizygotic (not genetically identical) twins, leading to the conclusion that individuals with the BB VDR genotype were likely to reach “the fracture threshold” for bones 10 years before individuals with the bb VDR genotype. Other genetic regions linked to bone mineral density include the oestrogen receptor genes α and β, apoliprotein E, the MTHFR genes among several others.

Interestingly, follow on studies have found compelling evidence to suggest that environmental factors can strongly attenuate the effect of genetics on bone. The effect of the VDR gene on BMD appears to diminish with age, suggesting that, while at the beginning of life, the effect of genes predominate, as an individual ages, environmental factors (such as nutrition) begin to play a more significant role. This means that while genetics may provide a blueprint for our bones, we can make large alterations to the final product through our lifestyle.

An example of this can be seen in the nutrient-gene interaction described below:

Calcium makes up a large proportion of normal bones and teeth (found in a form of hydroxyapatite in hard tissues). Vitamin D is essential for the absorption of calcium in bones and vitamin D metabolites mediate their action by binding to the VDR gene, found in the nucleus of target cells. Hence, these nutrients are interacting with our genes. In the future, we may be able to optimise our diet based around our own personal genotype or “blueprint”.

In 2012, worldwide collaborative research with funding from sources such as the National Institute of Health and the European Commission and an extensive research team, conducted a genome wide association study, which managed to identify as many as 32 novel genetic regions linked to BMD. This research helps us to gain a key insight into risk factors relating to osteoporosis. These novel genetic regions also act as potential new drug targets for the prevention or treatment of the disease and provide us with another building block toward the advancement of our understanding of gene-diet interactions. The future offers exciting opportunities for dietary modifications based on the identification of candidate genes.

Following on from our own study, we hope to look beyond amounts of nutrients and consider other nuances of intake such as timing, source and interactions with other nutrients. Perhaps genetic testing lies in the future of our research here at PESS also!

Rachel Cooke is a Research Assistant in Nutrition in the Department of Physical Educations and Sport Sciences at the University of Limerick.  Contact Rachel via email at Rachel.Cooke@ul.ie.