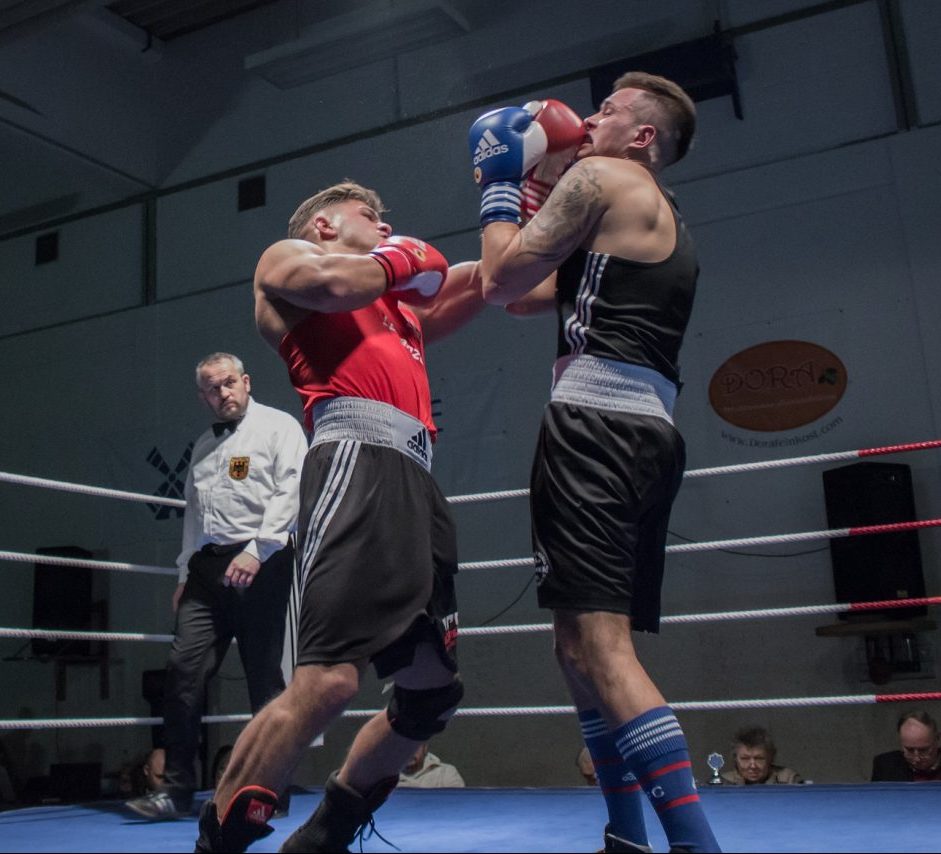 Amateur boxing is Ireland’s most successful Olympic sport with 360 registered clubs and approximately 16,500 members.  Athletes are divided by body weight into a specific weight division with the primary aim of matching competitors of equal size, leverage, strength and power. An official weigh-in is held before competitive events and may be repeated for multi-day tournaments to ensure compliance with this requirement. While these regulations are well-intentioned, many athletes aim to exploit the rules by competing in a weight division below their normal training or living weight. It is theorised that a physiological and psychological advantage may be gained over perceived lighter and weaker opponents. These conceivable benefits are achieved through numerous weight-making strategies which subsequently are attempted to be reversed in the hours following the weigh-in. Generally, these approaches fall into two categories, chronic weight loss over previous weeks and months and, more prevalent, rapid weight loss (RWL) over days and hours preceding the event. The practice of weight-making is ingrained in the culture and identity of combat sports, particularly in boxing, but can pose hazards to health.

As stated,  rapid weight loss strategies are more commonly employed by athletes,  focusing on increased energy expenditure by intensified physical activity and dietary restrictions (reductions in food and fluid intake). Protocols include increased training loads, use of heated environments, both actively and passively (i.e. sauna and steam rooms), sweat suits, reduced carbohydrate, fat and fibre intake, and manipulation of fluid levels. More worryingly, the use of pharmacological approaches such as diuretics, laxatives and novel, untested methods such as “water loading” (increased urine excretion) have also been reported. These strategies can present a serious concern, to both short and long-term health.

Manipulation of body weight is undertaken by 89% of amateur boxers in the sample investigated, losing on average 3.5 kg (5% of BW).  The average age for commencement of weight cutting ranged (across weight categories) from 13-23 years with one case as low as ten years reported. Worryingly, boxing coaches and opponents (and not health care practitioners, physiologists or nutritionists) were reported as the most influential individuals informing practices while increased exercise and reduced fluid ingestion were the most common methods of weight loss reported by this group.

Despite the numerous warnings surrounding RWL such as reduced competitive performance, effects on long-term psychological health and even death, the findings of this research are that it is common practice in amateur boxing. This culturally ingrained phenomenon provides a unique and challenging scenario for all stakeholders. The investigation of current practices and indeed an implementation of new concepts and methods will prove difficult, but support staff are encouraged to seek engagement from specific coaches or athletes who may be deemed influential in their environment in order to encourage increased uptake.

A more scientific approach to weight loss following detailed guidelines and the implementation of a decision-making process are encouraged, specifically the use of, with permission, a decision-making tree developed by Reale and colleagues. Applied practitioners in sport and exercise nutrition, physiology, sports performance are best placed to educate support staff and athletes on safe weight-making practice.

Dr Catherine Norton is a performance nutritionist and registered dietitian.  Dr Norton works at the University of Limerick and teaches on the BSc Sport & Exercise Sciences and MSc Sports Performance courses as well as researching in both food for health and performance nutrition.  Contact Catherine via email on catherine.norton@ul.ie or follow Catherine on @NortonNutrition

Daniel Breen is an MSc Sports Performance Graduate from the University of Limerick and Manager of Nisus Fitness. Contact Daniel at daniel@nisusfitness.com or follow him on @daniel2breen